Ongoing If you Give us Permission 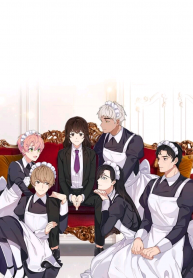 I used to think I would live a life of a normal girl until my death. But one day, I suddenly inherited an enormous fortune. Now I am trying to get used to it as well as my 5 new male maids.