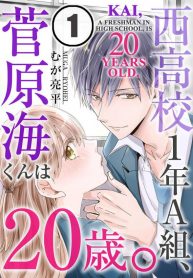 N/A, it has 9 monthly views

Shizuka discovered that one of her classmates, Sugawara, was already 20 when she saw him drinking at the bar. More surprisingly, he suddenly kissed her on that night? How would she face him?