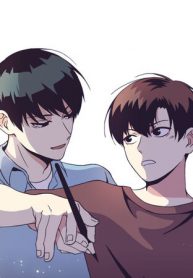 They say third time’s a charm, but what Jaehong needs is a miracle. After failing the notorious college entrance exam twice, he’s determined to succeed and finally experience the ultimate campus life. However, he can’t do it alone. His new math tutor, Han Eunsung, looks like he’ll be Jaehong’s best ally. The thing is…Eunsung isn’t actually Jaehong’s tutor! The misunderstanding gets cleared up quickly, but that doesn’t change the fact that Eunsung was the best tutor Jaehong’s ever had. Now Jaehong has a new objective: to persuade Eunsung to teach him. However, Eunsung doesn’t seem too keen..

You can discover many yaoi